Garold A. Goidosik (Gary) has been practicing law in the state of Michigan since 1979. He concentrates exclusively in the areas of wrongful death and serious personal injury, insurance claims, workers compensation, and social security disability. During his career, Gary has litigated hundreds of cases in numerous state and federal courts and administrative agencies across Michigan.

After graduating law school from Detroit College of Law in 1979, Gary immediately opened up his own practice. In 1989, Gary joined together with Rolland L. Morse to form Goidosik & Morse, P.C. The firm started in the Rose Street Market Building in downtown Kalamazoo, MI and in 1994, moved to the firm’s current location.

Gary grew up in a blue collar family and personally knows the financial hardship that a family goes through when the breadwinner is unable to work.

Gary enjoys the outdoors-hunting and fishing, and has been involved in Rugby since 1974- playing for 35 years, and during that time refereeing, and serving at different times both as President and Secretary of the Michigan Rugby Football Union. He has played with the Kalamazoo RFC, Tradesman RFC and Battle Creek RFC. 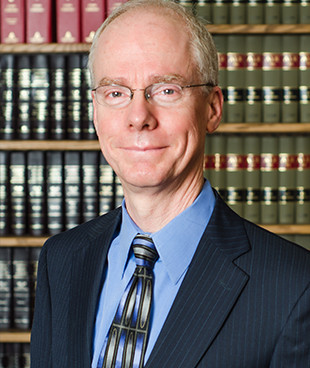 Rolland L. Morse (Rollie) has been with the firm since its inception. Since beginning with the firm, Mr. Morse has focused on representing injured and disabled individuals. For the last several years, Mr. Morse has handled Social Security claims exclusively. The vast majority of that work is focused on proving disability. He has been handling Social Security cases for over 30 years.

Mr. Morse is a native of Kalamazoo and received a Bachelor of Science degree from Western Michigan University. He graduated from Antioch School of Law in Washington, D.C, in 1980. He is a member of the State Bar of Michigan and a sustaining member of the National Organization of Social Security Claimant’s Representatives (NOSSCR). He regularly attends seminars to help him stay current with legal and medical issues pertaining to Social Security claims.

Rollie is married and has five children, four of whom are grown. He enjoys gardening, hiking, biking, theater, music, community events, traveling, meeting new people and volunteering. He is a daily meditator.

Rollie notes: “The best part of my job is meeting new clients and listening to their stories. When I am able to slow down and really listen to what my clients are telling me about their lives, I feel a connection with that person and I can identify with their situation. If I can then go on and help them get the benefits that they need and deserve, it really brings me joy.” 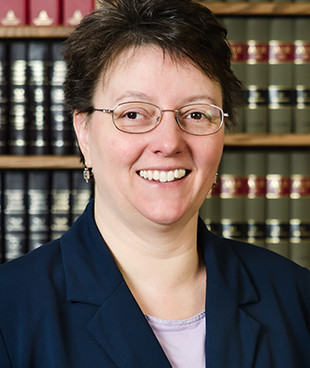 Ms. Stearns grew up in Au Gres, Michigan, on Saginaw Bay. She received her undergraduate degree from Valparaiso University in 1986 and her law degree from the Valparaiso University School of Law in 1989. She held a Federal judicial clerkship under the Hon. Andrew Rodovich, U.S. Magistrate Judge for the Northern District of Indiana (Hammond Div.) from 1989 until 1991. From 1991 to 1996, she primarily practiced environmental insurance defense as an associate attorney at Bullaro, Carton and Stone in Chicago, Illinois. During that time, she served as a contributing editor on the issues of CERCLA and environmental insurance coverage in the Great Lakes Environmental Transaction Guide, (Lawyer’s Co-op 1995). Upon returning to Michigan, she clerked for the late Hon. Doyle Rowland, U.S. Magistrate Judge, Western District of Michigan (Kalamazoo Div.), from 1996 until 1998. She then joined Legal Services of South Central Michigan in Battle Creek. Ms. Stearns served at various times as Staff, Supervising and Managing Attorney at Legal Services from 1999 until 2011, and practiced Family, Landlord-Tenant, Consumer, Social Security and civil appellate law.

Ms. Stearns is married and her interests include travel, cooking, and zymurgy. She is a past officer and current member of the Kalamazoo Libation of Brewing (KLOB).

Would you like to have a FREE consultation with a member of our dedicated team?
Fill out the form below and we will contact you right away!

Thanks for your message! We’ll be in touch soon.